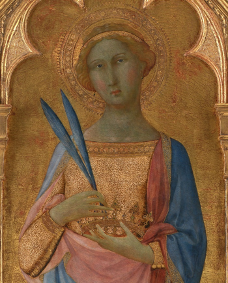 Corona is mentioned in the media every day. As a name for a virus that can cause a serious illness. In the midst of all this attention for Corona, there she appeared, the other Corona, saint Corona. Almost forgotten, however a part of her relics are kept quite close by in the Dom in Aachen (Germany), the shrine with the relics was restored recently and now found a new, more prominent place in the treasury of the church.

The story of her life is connected to that of St Victor of Damascus. Often, they are mentioned together. St Victor was a roman soldier serving in Damascus under the reign of emperor Antony Pius. Because of his Christian religion he was tortured and put to death. His eyes were taken away and he was beheaded. Corona, a young girl, was present and comforted him during the torture. One legend says she was the wife of some other soldier, others claim that she was Victor’s wife. Because of her support for Victor she herself was convicted and received the death penalty. Het vita tells that she was torn between two palms. Her name corona (latin for crown) indicates the crown of her martyrdom. Recently she is also invocated because of the crown-shaped virus that threatens the world. It is a new phenomenon in the history of her veneration. Normally she was invoked against illness and epidemics among cattle, and by woodchoppers and butchers (!!!) 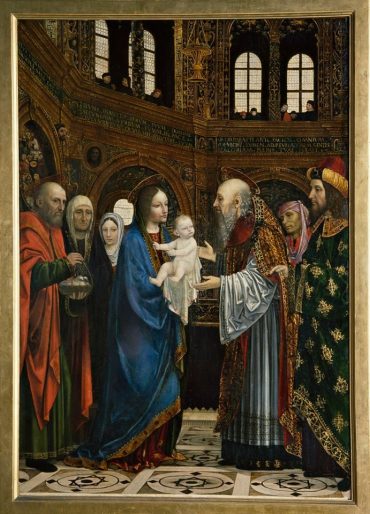 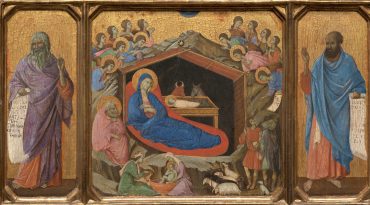